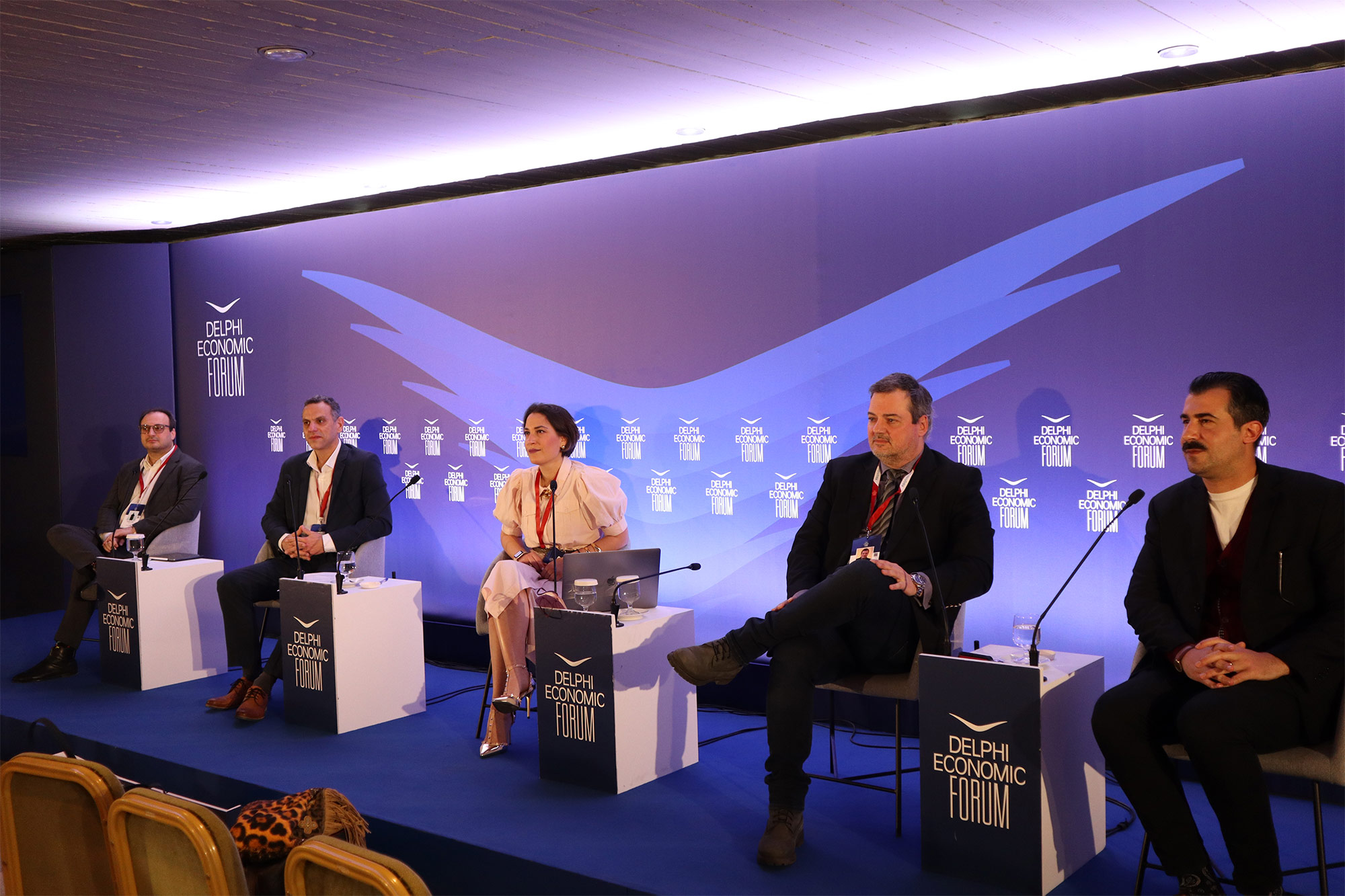 The panel session operated as a follow-up event of the FORCE project which has been successfully implemented by ENA. Throughout the implementation of the project 27 distinguished experts from 6 member states of the European Union participated, including academics, policy-makers, experts from EU institutions, higher public servants, 4IR-related experts, policy consultants, NGO representatives, young researchers, trainees and journalists.
The panel of ENA at the Delphi Economic Forum was attended by:

The panel of speakers was coordinated by the Director of Research of ENA, Dr. in Philosophy [Universities of London and Oxford], Nikos Erinakis. 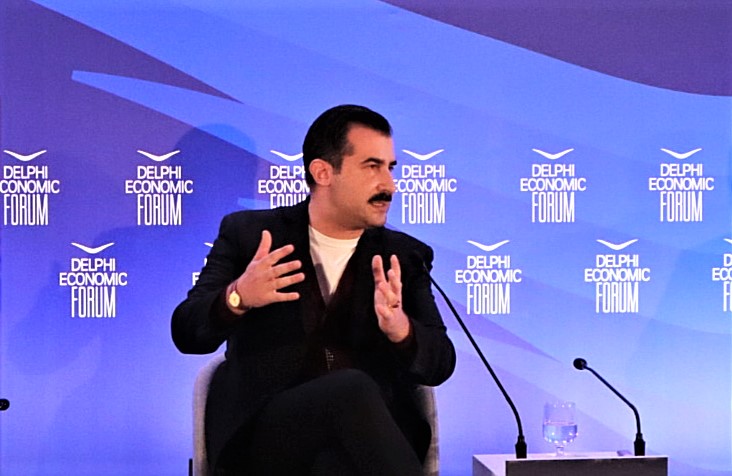 In the introduction of the session, Nikos Erinakis underlined the multiplicity of crises in recent years with more and more unprecedented episodes at international, European and national level (socio-economic, environmental, refugee / immigration crisis, war in Ukraine). Mr. Erinakis stressed that we are experiencing the 4th Industrial Revolution (4IR) as an opening to a new reality, the digital one, which covers all these different fields, from the economy to society, and affects directly both the present and our future. The Director of Research of ENA emphasized the necessity to find a democratic and human-centered approach of the 4IR which will provide the right tools in order to overcome the multidimensional crises affecting humanity and to contribute to the achievement of individual and collective welfare.

Mr. Yannis Eustathopoulos, Coordinator of the Sustainable Development Observatory of ENA, presented the conclusions and proposals of the FORCE project. He argued that a new model of the 4IR is needed in Europe in order to materialize the considerable potential contribution of new technologies to sustainable development and SDGs. The coordinator of the FORCE project stressed that a purely profit-driven model of the digital economy tends to dominate the world, while accumulating disproportionate market, technological and economic power. This “digital oligopoly”, as it has been described in the public discussion, is active in critical areas of strategic importance (e.g. data collection and management, spatial industry, autonomous weapons systems), while extensively promoting services of low or even negative social value based on addictive designs, with an increasing environmental and climate footprint and provided to a large extent under labour arrangements undermining the European social model. At the same time, the European economy is exposed to increasing vulnerabilities due to its significant dependency on third countries regarding critical material, semi-conductors, data centers and market presence. 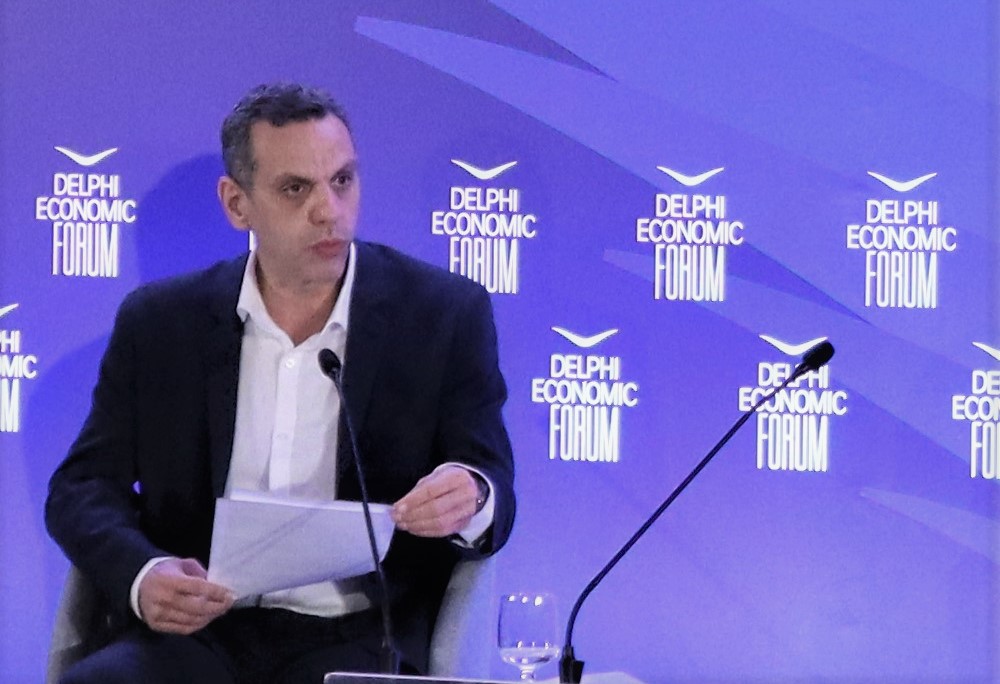 Mr. Eustathopoulos stressed that the EU is today a leading force in the regulation of the digital and technological sector (e.g. DSA, DMA, GDPR, Data act, legislative framework on platform work, recent initiative of the French Presidency of the EU for the development of digital commons, “Industry 5.0” initiative) and presented five key-proposals for deepening and enriching these critical efforts based on the workstreams of the FORCE project and its Academic Committee:

First, the implementation of a EU strategy for a Just Digital Transition is needed (following the corresponding EU initiative for a Just Climate Transition) in order to address both the diverse current and future inequalities of the digital divide (social, income, territorial, between SMEs and large enterprises, between sectors of the economy) and the quantitative and qualitative impacts of technological restructurings on employment.

Second, authorities should seek to establish a virtuous cycle between the digital and climate “twin” transitions by clearly acknowledging the dual aspect of the 4IR-environment nexus and by adopting new concepts, applied policies and tools of the digital ecology in order to tackle the increasing climate footprint of the digital economy (i.e. lean ICT, eco-design, proper evaluation of smart products and services).

Third, it is imperative to ensure the openness of the digital economy by promoting, among others, Commons-Based Peer Productions (CBPPs) practices and Partnerships between the Public Sector and Digital/Knowledge Commons (Public-Commons Partnerships). This will enhance the potential of the 4IR to produce higher and more diffused economic and social value. Highlighting their potential in the EU policy agenda should be a priority in order to develop an appropriate institutional and policy framework for their support.

Fourth, initiatives should be taken in order to promote the substantial participation of citizens-users regarding decisions and policies on new technologies and digital services. While users of digital services play a crucial role in the high profitability of the Big Tech companies -by generating data- no provisions have been made as regards their participation in the decision-making about the future of the digital sector and the development and use of new technologies.

Fifth, the FORCE project has stressed the necessity of ensuring, within the European Industrial Strategy, that all Member States and regions will have the same opportunities to participate in the benefits of the 4IR, not only as users (i.e. importers) of new technologies, but also as active members of the corresponding productive and research activities. Greatly varying speeds exist within the European Union as regards the utilization of new technologies (Front-runners, Potentialists, Τraditionalists, Hesitants). This situation calls for a collective response from the European Union to anticipate the risk of a further widening of intra-European inequalities. 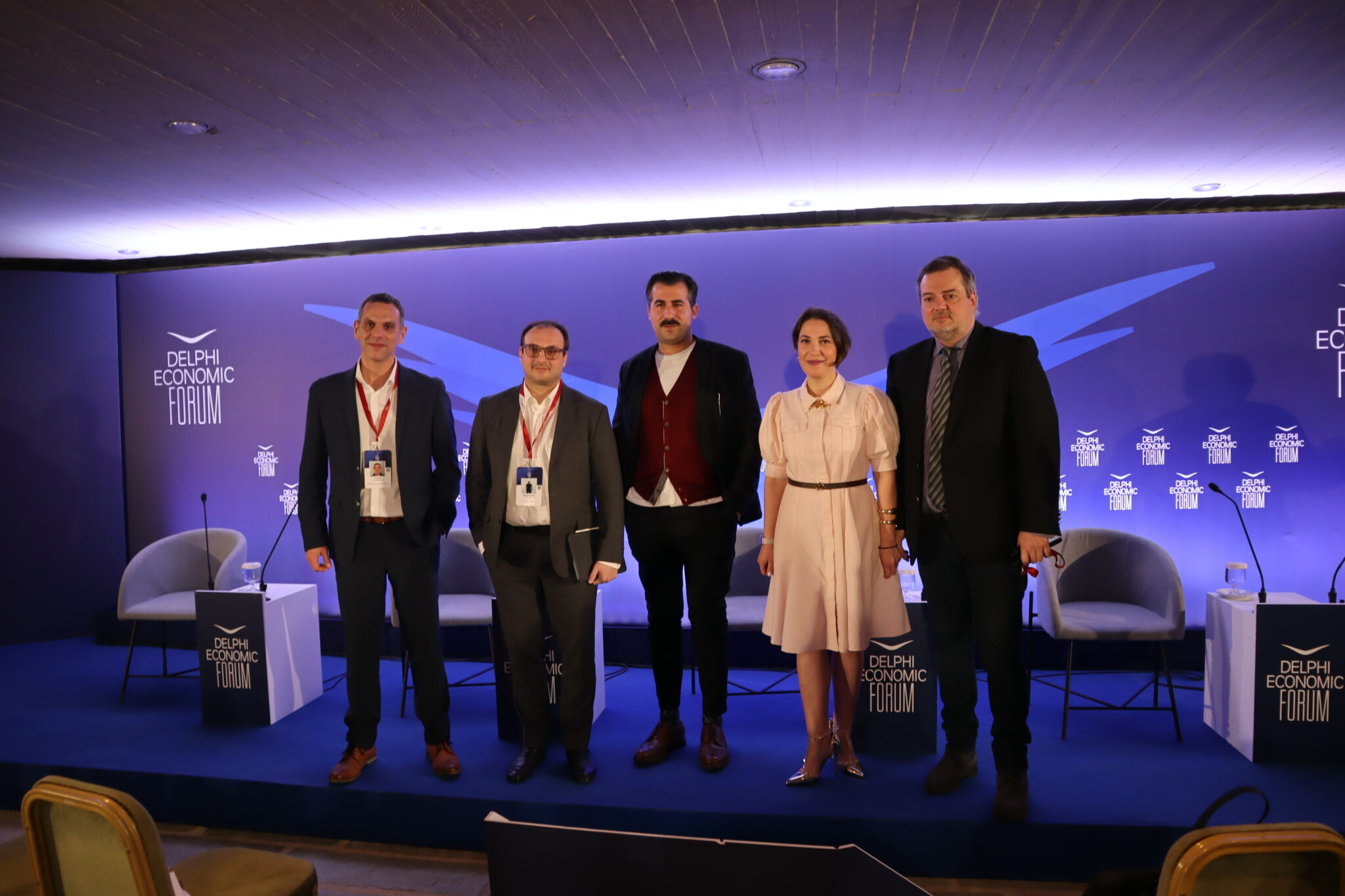 Overall, the aim of this human-centered approach of the 4IR should help societies move from the current model —which focuses on everything that is technically feasible and highly-profitable— to a new model promoting technologies that are environmentally sustainable, safe in terms of economic resilience, essential according to social needs, while providing fair labour conditions and a level playing field for European enterprises and SMEs.